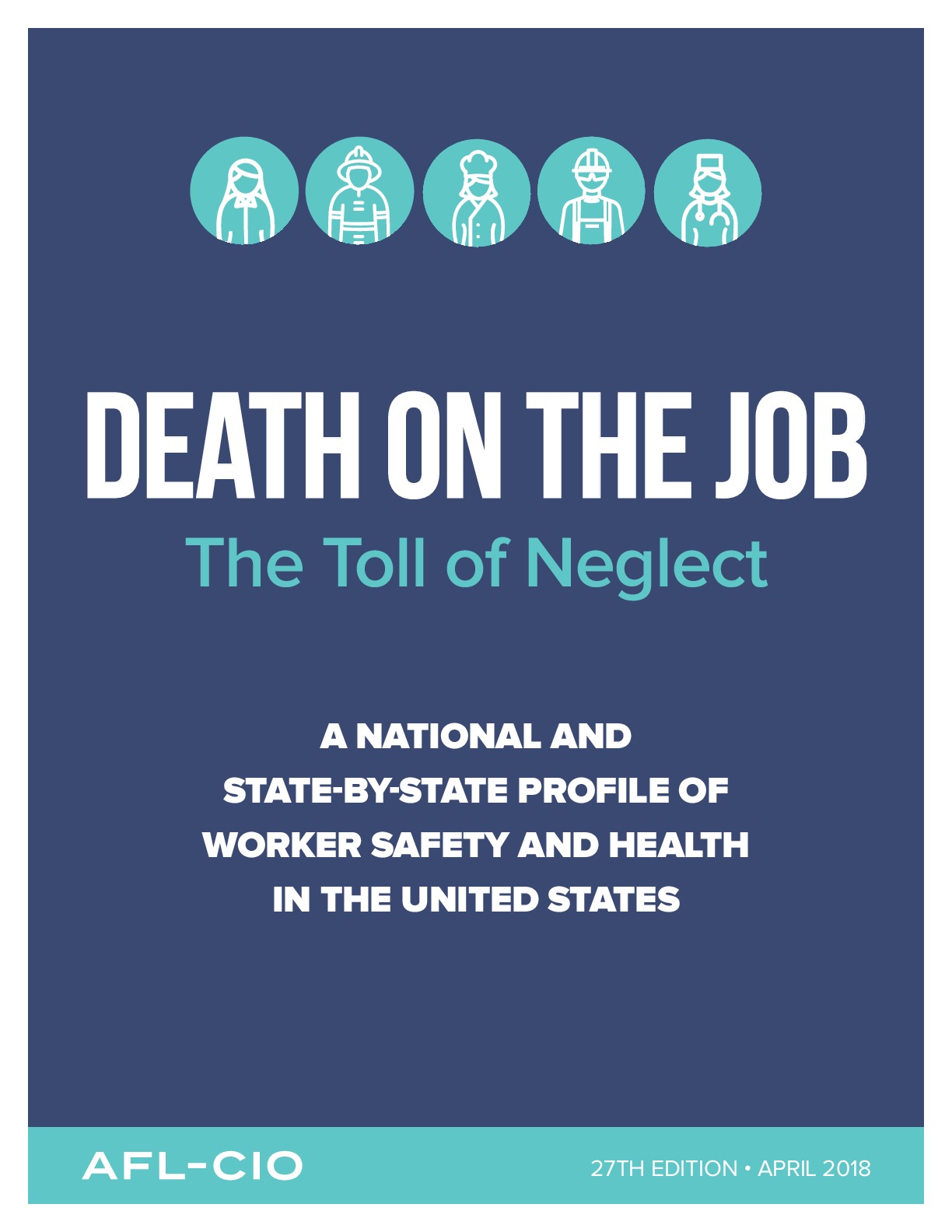 This marks the 27th year the AFL-CIO has produced a report on the state of safety and health protections for America’s workers. It features state and national information on workplace fatalities, injuries, illnesses, the number and frequency of workplace inspections, penalties, funding, staffing and public employee coverage under the Occupational Safety and Health Act. It also includes information on the state of mine safety and health.

In 1970, Congress enacted the OSH Act, promising workers in this country the right to a safe job. More than 579,000 workers now can say their lives have been saved since the passage of the OSH Act. Since that time, workplace safety and health conditions have improved. But too many workers remain at serious risk of injury, illness or death as chemical plant explosions, major fires, construction collapses and other preventable workplace tragedies continue to occur. Workplace violence is a growing threat. Many other workplace hazards kill and disable thousands of workers each year.

In 2016, 5,190 workers lost their lives on the job as a result of traumatic injuries. Each day in this country, an average of 14 workers die because of job injuries—women and men who go to work, never to return home to their families and loved ones. This does not include those workers who die from occupational diseases, estimated to be 50,000–60,000 each year. Chronic occupational diseases receive less attention because most are not detected for years after workers are exposed to toxic chemicals, and occupational illnesses often are misdiagnosed and poorly tracked. All total, on average at least 150 workers die each day due to job injuries and illnesses.

The cost of these injuries and illnesses is enormous—estimated at $250 billion to $360 billion a year.

Opposition by business groups and the Republican majority in Congress thwarted action on a number of initiatives. But at the end of eight years, the Obama administration had put in place important protections, policies and programs that made jobs safer, reduced injuries and illnesses, and saved workers’ lives.

With the election of President Trump and Republicans maintaining their majorities in Congress, the political landscape shifted dramatically. President Trump ran on a pro-business, deregulatory agenda, promising to cut regulations by 70%. Since taking office at the end of January 2017, he has acted on that promise, issuing a number of executive orders to roll back or review existing regulations, including one order that requires that for any new regulatory protection issued, an agency must remove two safeguards from the books. He signed more than a dozen bills overturning regulations issued by the Obama administration, including two major worker safety rules.

The Trump administration has moved to weaken recently issued rules on beryllium and mine examinations and has delayed or abandoned the development of new protections, including regulations on workplace violence, infectious diseases, silica in mining and combustible dust.

At the same time, Congress is pushing forward with numerous “regulatory reform” bills that would require review and culling of existing rules, make costs the primary consideration in adopting regulations, and making it virtually impossible to issue new protections.

President Trump nominated corporate officials to head the job safety agencies—David Zatezalo, a coal industry executive from Rhino Industry Partners, to head the Mine Safety and Health Administration, and Scott Mugno, vice president of safety, sustainability and vehicle maintenance at FedEx Ground, to head the Occupational Safety and Health Administration. Both of these individuals have long experience and involvement with the job safety agencies, and have records of opposing enforcement and regulatory actions.

These are challenging times for working people and their unions, and the future prospects for safety and health protections are uncertain.

What is clear, however, is that the toll of workplace injury, disease and death remains too high. Workers in the United States need more safety and health protection, not less. More than four decades after the passage of the OSH Act, there is much more work to be done. 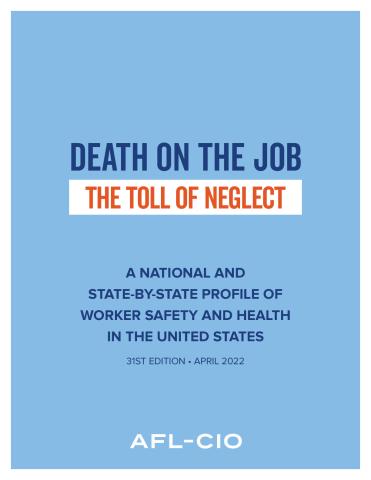 April 26, 2022
This 2022 edition of the Death on the Job: The Toll of Neglect report features national and state information on workplace fatalities, injuries, illnesses, the number and frequency of workplace inspections, penalties, funding, staffing and public employee coverage under the Occupational Safety and Health Act. It also includes information on the state of mine safety and health, and the COVID-19 pandemic.