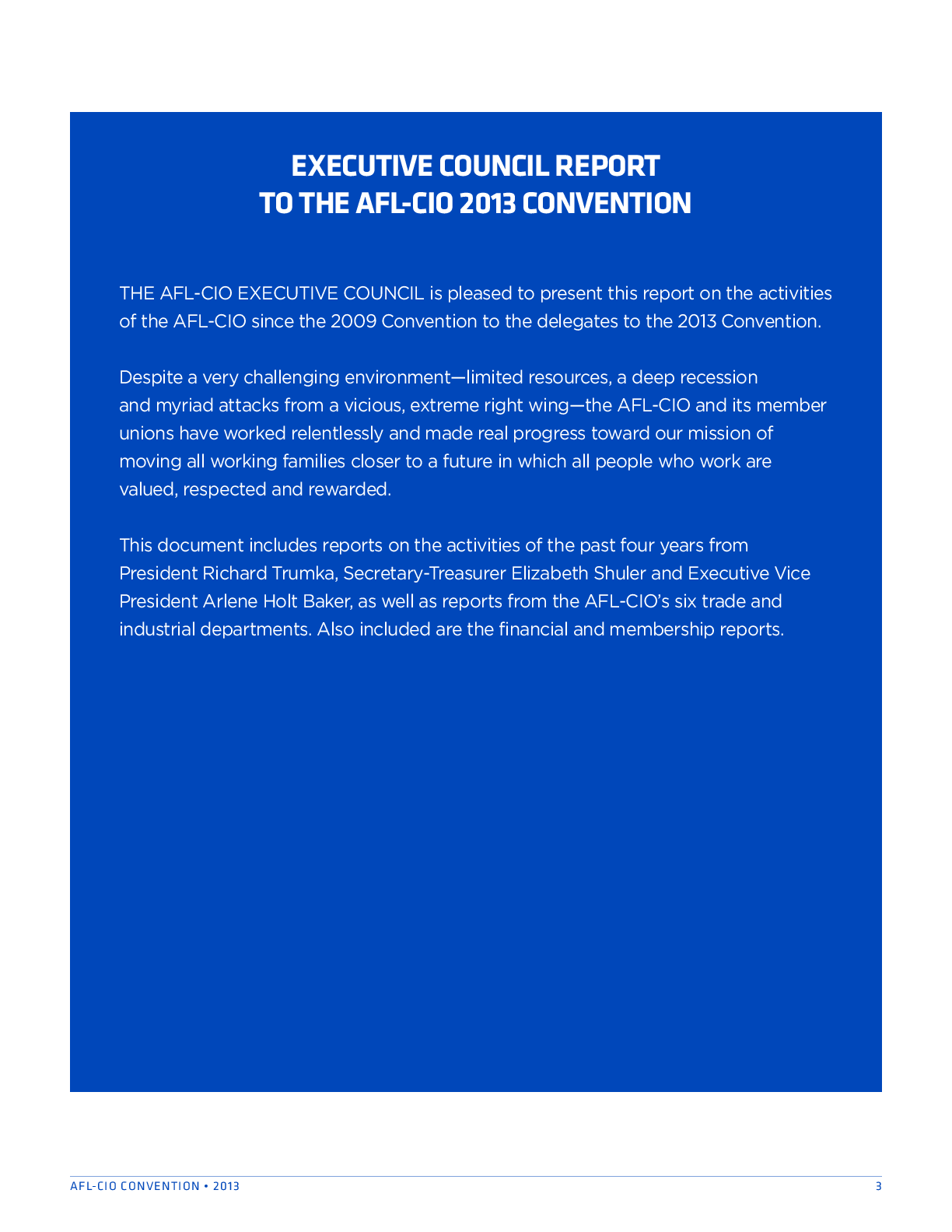 Despite a very challenging environment—limited resources, a deep recession and myriad attacks from a vicious, extreme right wing—the AFL-CIO and its member unions have worked relentlessly and made real progress toward our mission of moving all working families closer to a future in which all people who work are valued, respected and rewarded.

This document includes reports on the activities of the past four years from AFL-CIO President Richard Trumka, AFL-CIO Secretary-Treasurer Elizabeth Shuler and AFL-CIO Executive Vice President Arlene Holt Baker, as well as reports from the AFL-CIO’s six trade and industrial departments. Also included are the financial and membership reports.