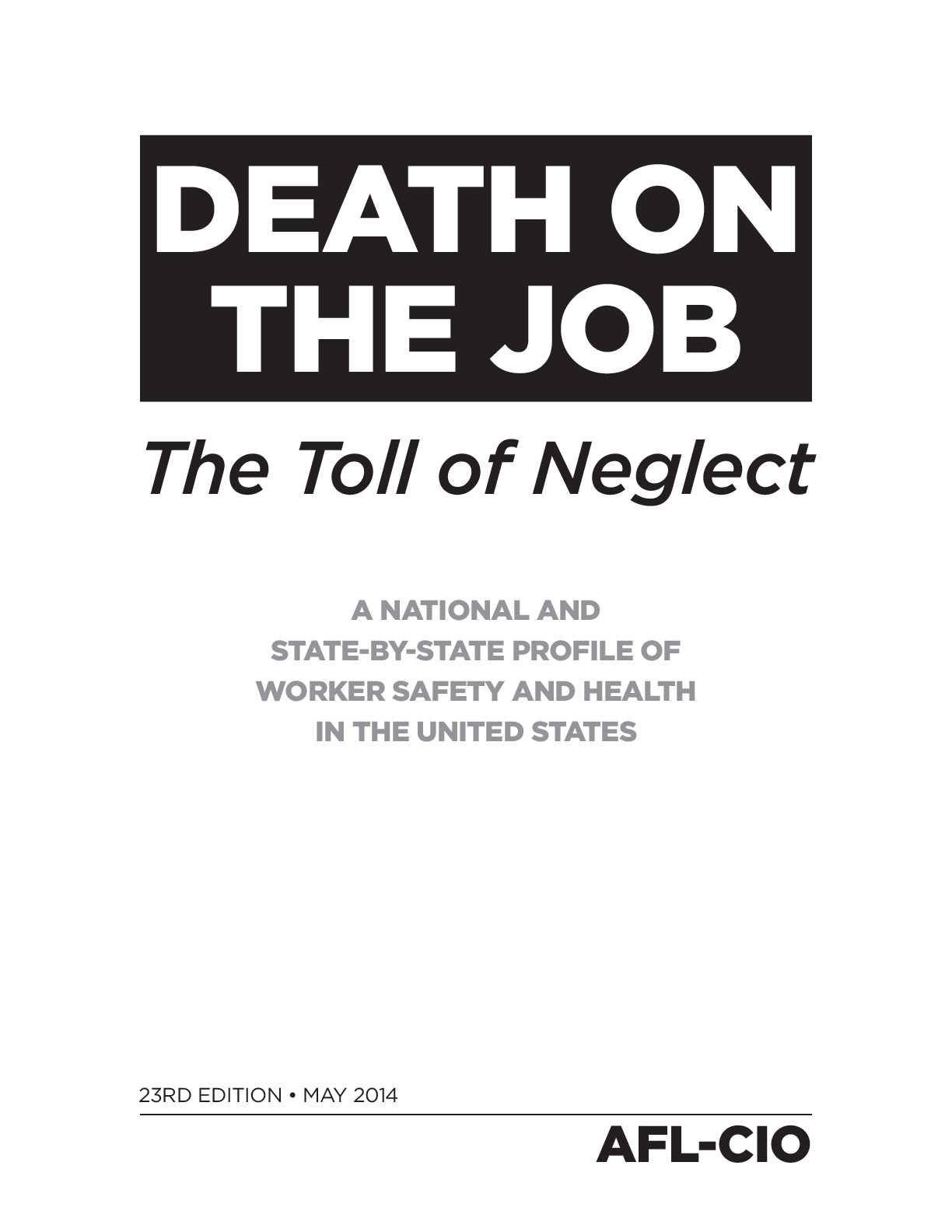 In 2012, 4,628 workers were killed on the job in the United States and an estimated 50,000 died from occupational diseases, resulting in a loss of 150 workers each day from hazardous working conditions. Nearly 3.8 million work-related injuries and illnesses were reported, but many injuries are not reported. The true toll is likely two to three times greater, or 7.6 million to 11.4 million injuries a year. Over the past four years, the job fatality rate largely has been unchanged, with a rate of 3.4 deaths per 100,000 workers in 2012.

Neither Snow, Nor Rain, Nor Heat, Nor Pandemic