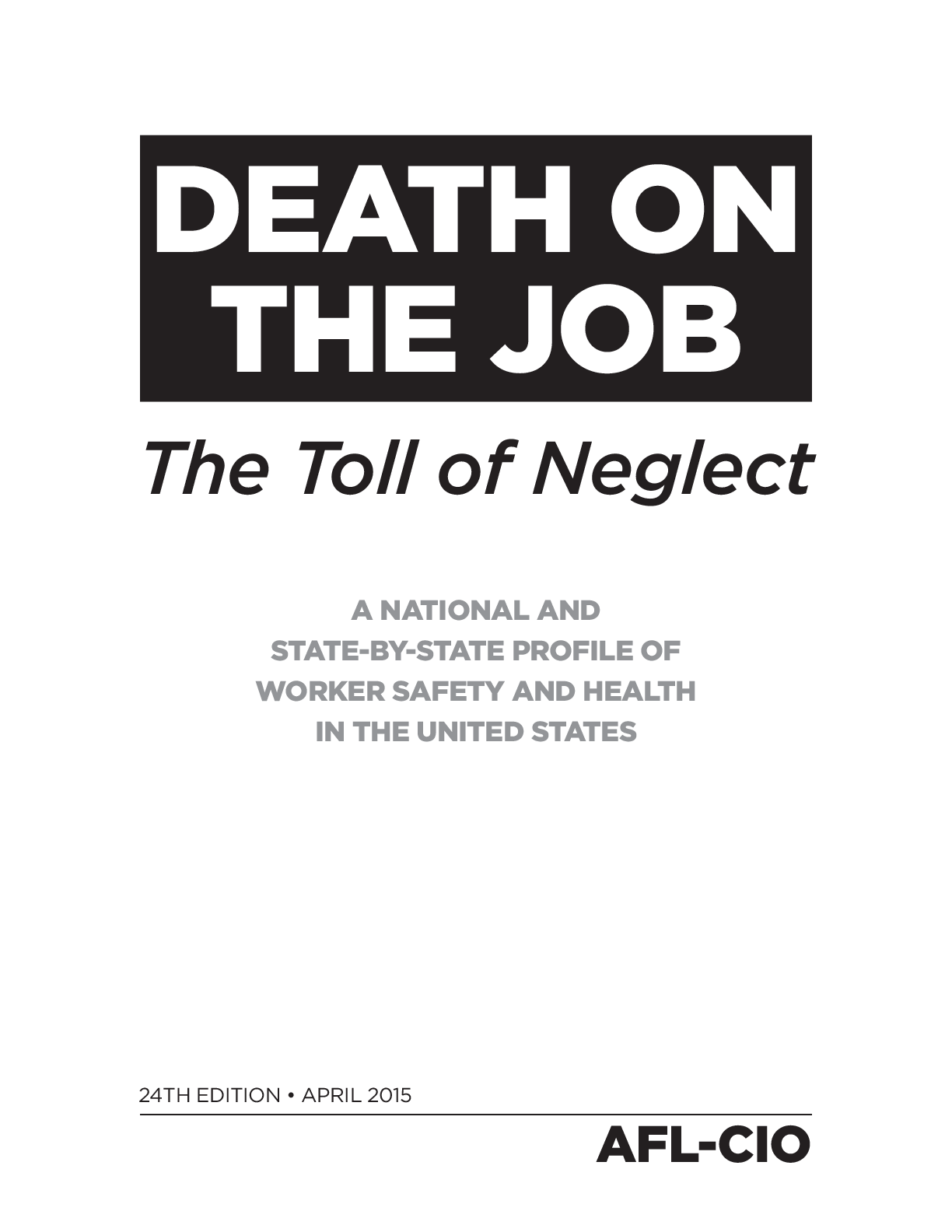 In 2013, 4,585 workers were killed on the job in the United States and an estimated 50,000 died from occupational diseases, resulting in a loss of 150 workers each day from hazardous working conditions. Nearly 3.8 million work-related injuries and illnesses were reported, but many injuries are not reported. The true toll is likely two to three times greater, or 7.6 million to 11.4 million injuries each year.