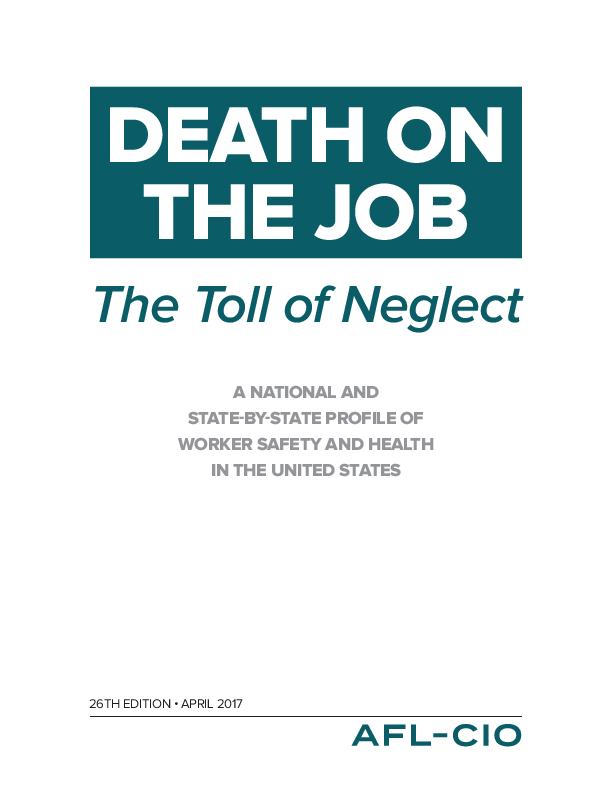 This 2017 edition of Death on the Job: The Toll of Neglect marks the 26th year the AFL-CIO has produced a report on the state of safety and health protections for America’s workers.

More than 553,000 workers now can say their lives have been saved since the passage of the Occupational Safety and Health Act of 1970, which promised workers in this country the right to a safe job. The Obama administration had a strong track record on worker safety and health, strengthening enforcement, issuing key safety and health standards, and improving anti-retaliation protections and other rights for workers. With the election of President Trump, the political landscape has shifted dramatically, and many of these gains are threatened. President Trump has moved aggressively on his deregulatory agenda, repealing and delaying worker safety and other rules and proposing deep cuts in the budget, and the elimination of worker safety and health training and other programs.

These are challenging times for working people and their unions, and the prospects for worker safety and health protections are uncertain. What is clear, however, is that the toll of workplace injury, illness and death remains too high, and too many workers remain at serious risk. There is much more work to be done.

The High Toll of Job Injuries, Illnesses and Deaths

States with the highest fatality rates in 2015 were:

Latino and immigrant workers continue to be at higher risk than other workers:

The mining and extraction industries remain dangerous, but safety and health has improved:

Workplace violence continued to be a growing problem for workers in 2015:

The cost of job injuries and illnesses is enormous—estimated at $250 billion to $360 billion a year.

OSHA resources in FY 2016 still are too few and declining:

OSHA enforcement has gotten stronger, but penalties in FY 2016 still are too weak:

The Obama administration produced a number of significant safety and health rules and left a solid legacy of worker protections in place. While the first term saw many regulatory delays, the second term was much more productive. The administration’s regulatory record includes:

Workers’ Safety and Health Protections are in Danger

The Trump administration and the Republican majority in Congress have launched a major assault on regulatory protections. They have moved aggressively to roll back regulations and block new protections. Agency budgets and programs are on the chopping block. Worker protections are threatened, and workers’ safety and health are in danger. Major actions taken to date with a direct impact on worker safety and health include:

Much Work Remains to Be Done 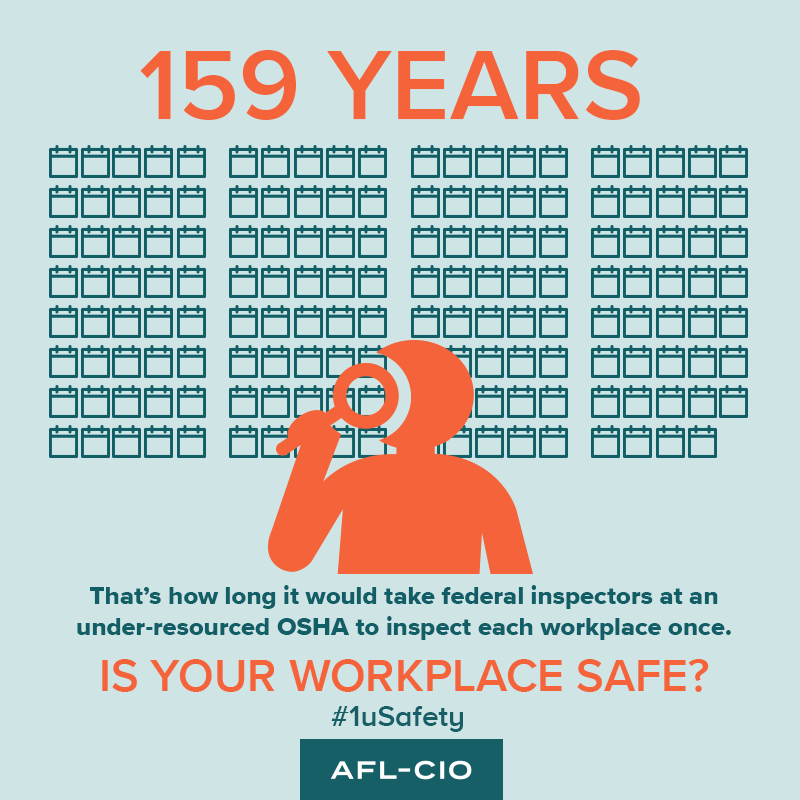 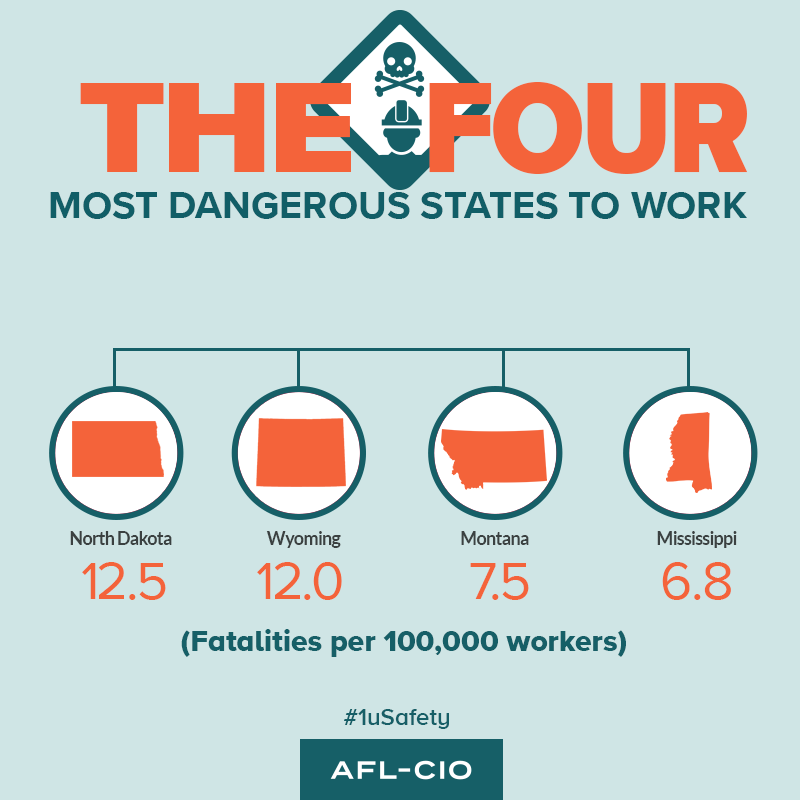 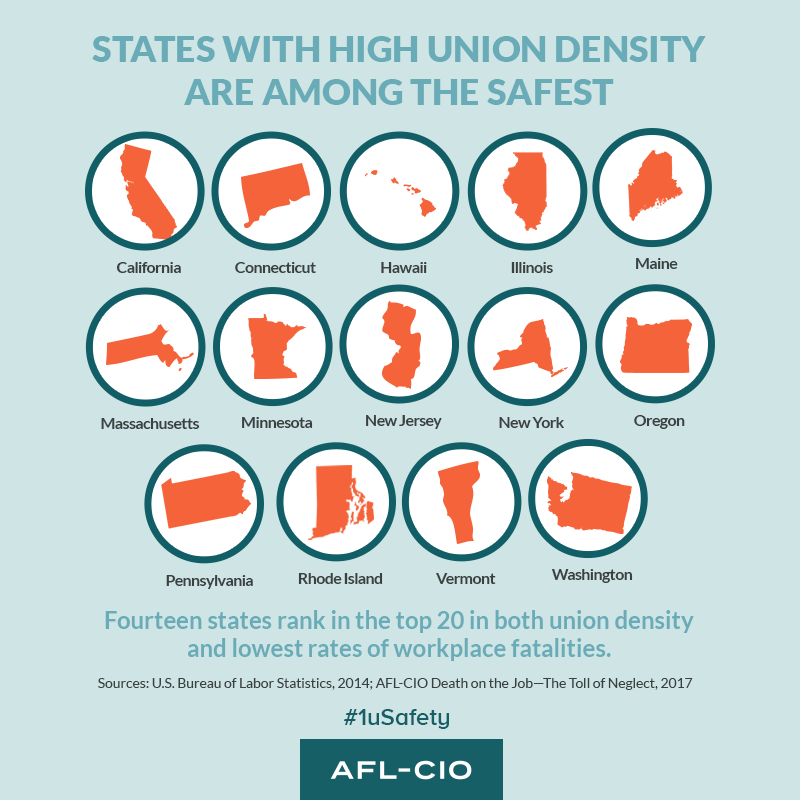 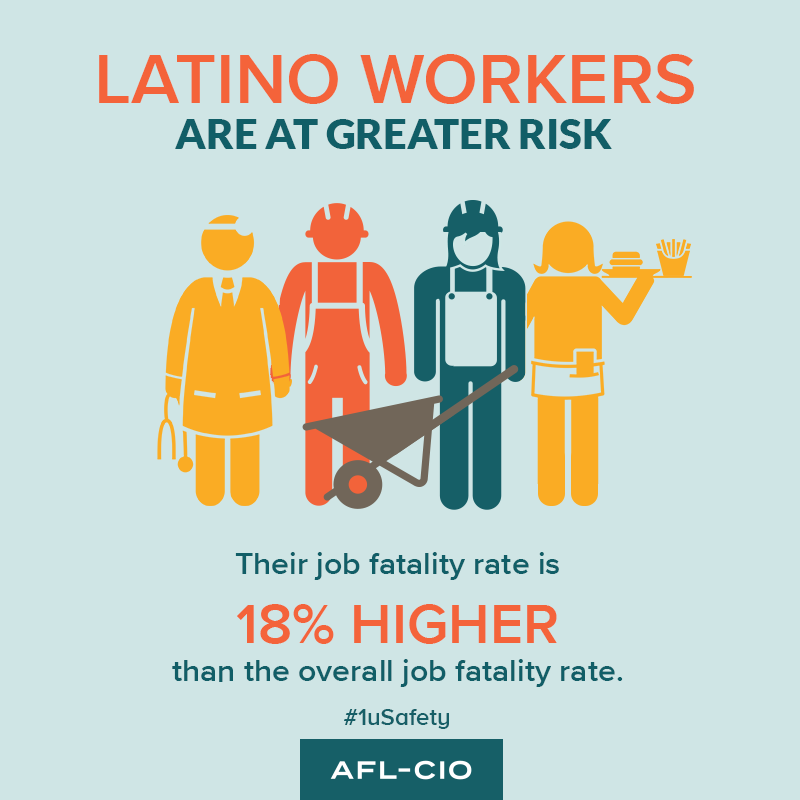 May 4, 2021
This 2021 edition of the Death on the Job: The Toll of Neglect report features national and state information on workplace fatalities, injuries, illnesses, the number and frequency of workplace inspections, penalties, funding, staffing and public employee coverage under the Occupational Safety and Health Act. It also includes information on the state of mine safety and health, and the COVID-19 pandemic.