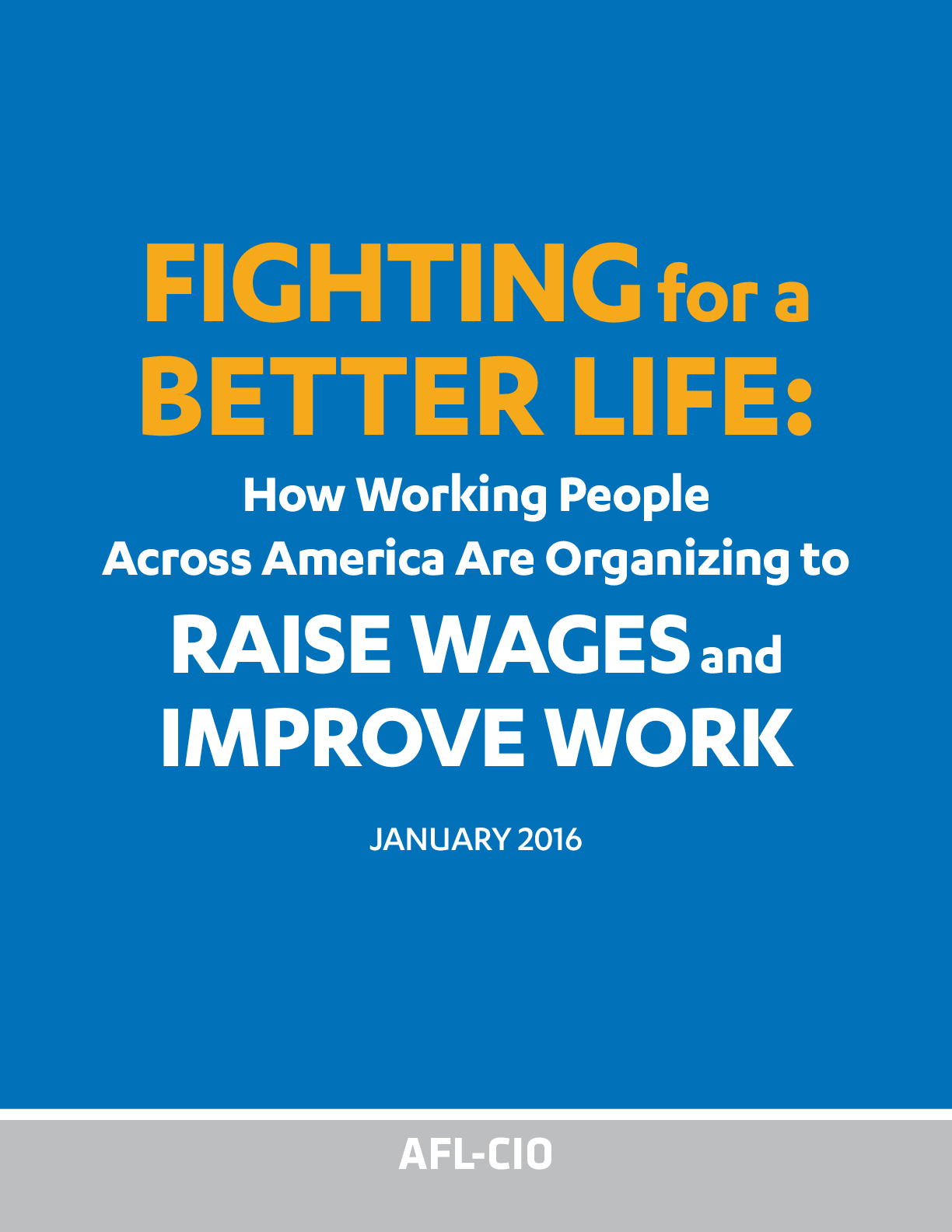 On Jan. 7, 2015, the AFL-CIO convened a national Summit on Wages to highlight the multiple fights working people are engaging in across the country to raise wages and improve working conditions. Rank-and-file workers told their stories of struggle and victory to an audience of more than 300 union leaders, faith leaders, organizers, national advocates and local economic justice activists. This report highlights a range of post-summit actions taken across the country by unions, organizing groups, working people and ordinary citizens to raise wages and improve working conditions. From collective bargaining victories to organizing in new sectors of the economy and new regions to local legislative victories and executive action at the national level, 2015 was a year of working people rising.