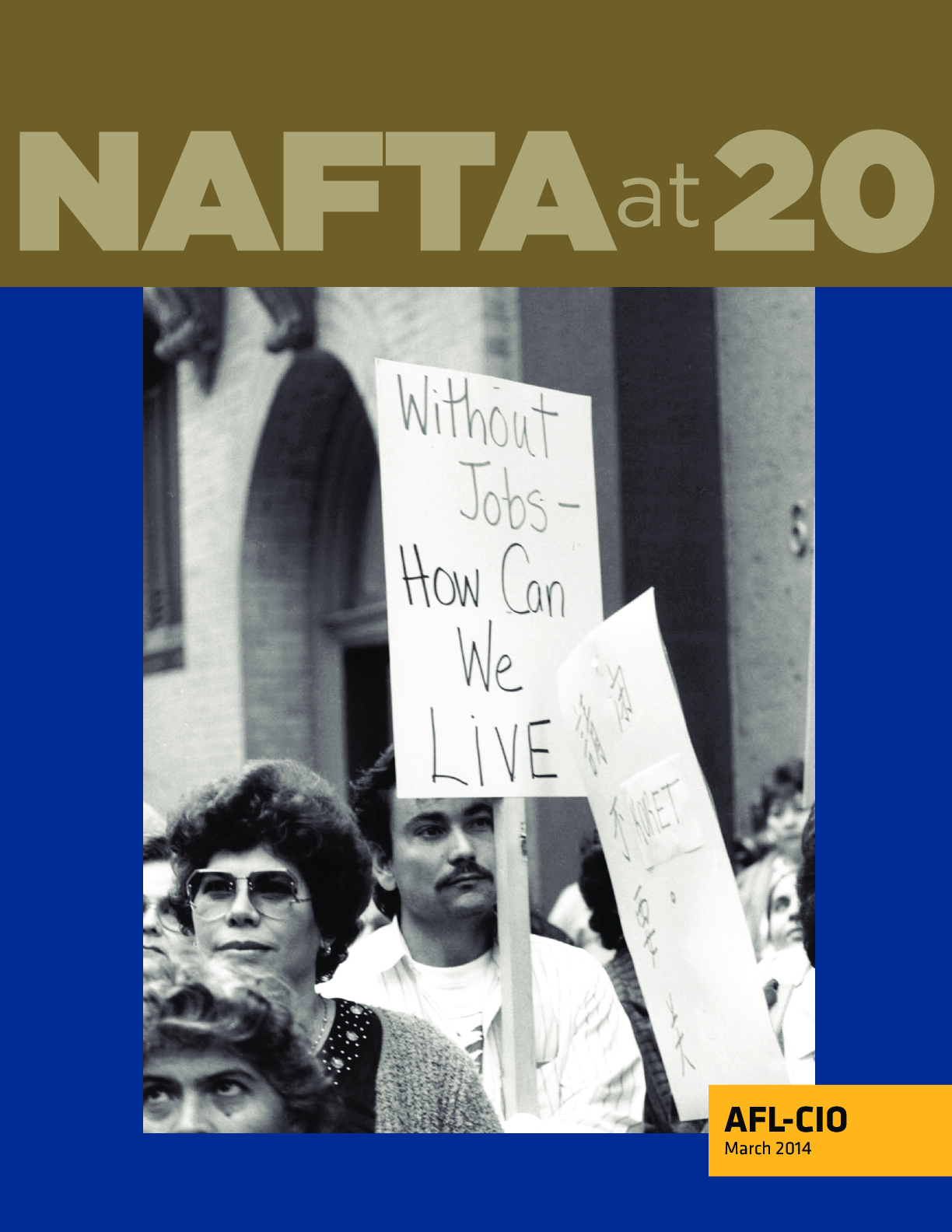 Twenty years ago, Canada, Mexico and the United States entered into the North American Free Trade Agreement. As he signed the bill implementing NAFTA, President Bill Clinton declared: “I believe we have made a decision now that will permit us to create an economic order in the world that will promote more growth, more equality, better preservation of the environment and a greater possibility of world peace.” Unfortunately, the enduring result of NAFTA has been just the opposite: stagnant wages, increasing inequality and weakened social protections in all three countries.