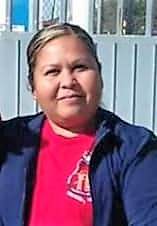 In a meeting today with Vice President Kamala Harris, Imelda Jímenez, a worker from the Teksid Hierro plant in Ciudad Frontera, Mexico, which makes engine cylinder blocks for the North American market, described the workers’ seven-year battle to form an independent union in the factory where the top wage is $2.50 per hour.

“The workers went on strike in 2014 to protest the low wages and the corruption of the CTM union led by Tereso Medina,” Jímenez said. Medina, who heads the Confederation of Mexican Workers (CTM) in Coahuila, controls many labor contracts in the automotive industry, including the General Motors plant where the United States recently filed a complaint under the "rapid response" mechanism of the United States-Mexico-Canada Agreement.

After the strike, the workers organized with the independent National Mineworkers’ Union. “It took the government four years to hold an election between our union and the CTM, and we won 238-145,” Jímenez explained. “But the company refused to recognize the election and instead fired 123 union supporters.”

Labor repression affects migration, she continued. “Some workers who were fired had to go to the U.S. because they were blacklisted and could not find employment anywhere.”

Redmond: We Need a New Global Social Contract with Workers at the Center

Redmond: Organizing Is Key to Reversing Decades of Austerity