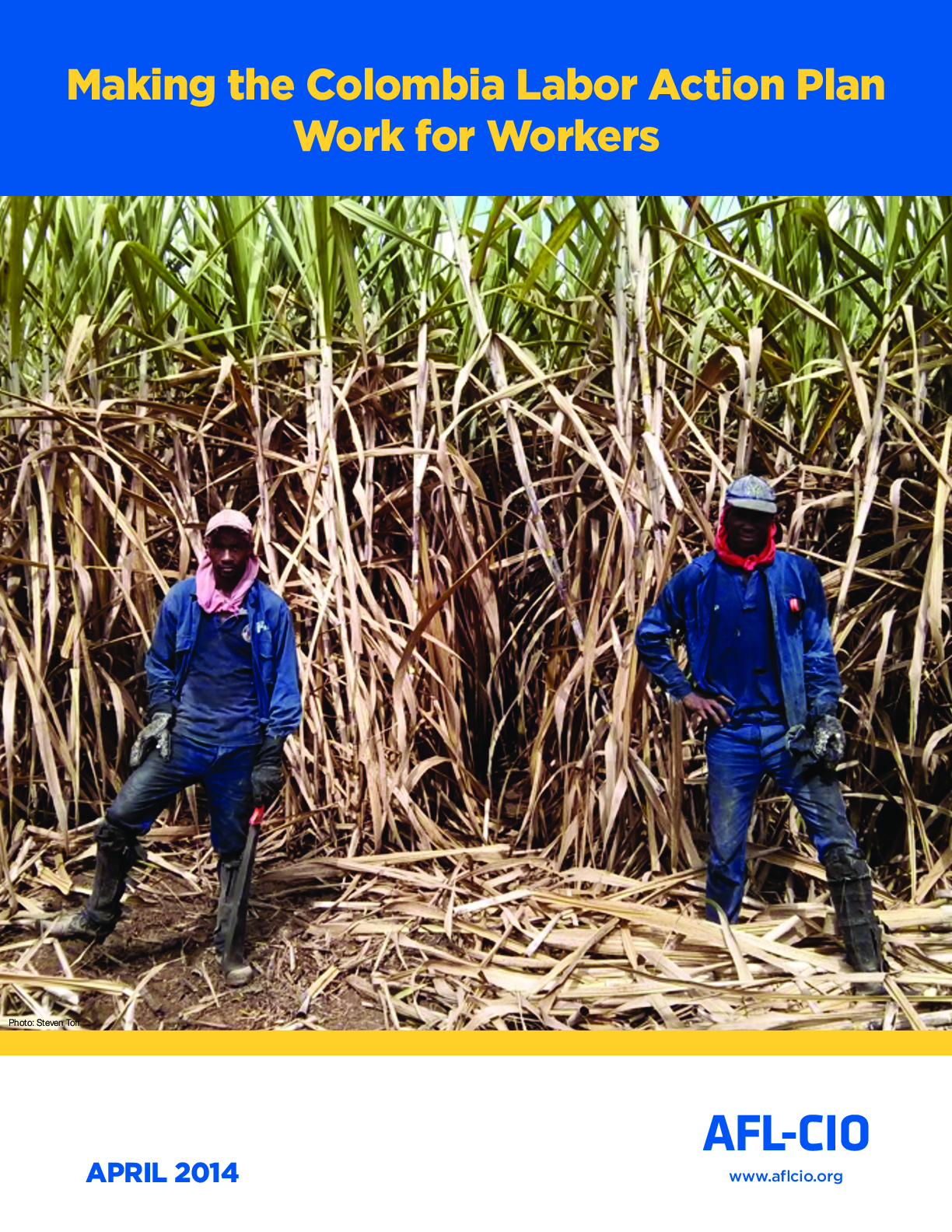 In 2011, the U.S. and Colombian governments signed the Labor Action Plan, which was supposed to address Colombia’s appalling labor rights record. This report details how, three years later, violence against trade unionists continues and workers still have difficulty exercising basic rights. Seventy-three trade unionists have been murdered since the LAP was signed, and threats actually have increased in the past year. Workers were promised direct contracts and permanent employment, but the vast majority of the labor force is still trapped in informal hiring arrangements that leave workers without benefits or the ability to organize to improve their situation. In spite of the numerous new labor laws and decrees, companies still are violating workers’ rights with impunity. Most actually have not faced any legal sanction, and the few that have been fined have not paid up. This report details how the LAP has failed workers and how it can be changed to ensure people can freely and safely exercise their fundamental labor rights.

Trumka: The Survival of Democracy Anywhere Depends on Working People To Defend It Everywhere

Shuler at International Women's Day Event: Our Work Is Essential