The AFL-CIO Sports Council was formed in 2022 at the 29th AFL-CIO Constitutional Convention to help professional athletes join together to form unions and strengthen their lives, livelihoods and working conditions.

It’s all about fighting for every worker—from the major league star to the player struggling to start his career to the construction worker building the stadium to the server providing concessions—to have a voice on the job.

“We love the sport that we play, but the issues that our members face are universal ones,” said NWSLPA Executive Director Meghann Burke. “As we come together to form the new AFL-CIO Sports Council, our capacity to win justice on the field for players, and to act in solidarity with workers off the field, will only increase.” 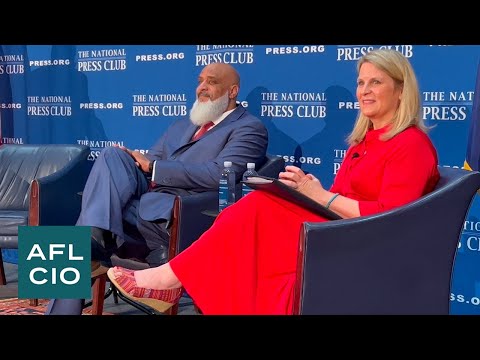 The Major League Baseball Players Association (MLBPA) announced today that it is formally affiliating with the AFL-CIO, with a goal of supporting the efforts and strengthening the voice of the national labor movement.

Service + Solidarity Spotlight: AFL-CIO Sports Council to Be the Voice of Union Athletes

Shuler on MLB Seasonal Workers Fund: 'We All Deserve Dignity on the Job' (CBS Sports)